- May 20, 2020
The first bag up for discussion is my Lands' End Square Rigger attache.
I bought it last year on eBay very cheap after suddenly remembering this as a bag I saw many years ago and some times in thrift stores in the years since. It was a nostalgia purchase.
Read the text from this ad I found online if you want to know more about this bag. Note that the price was $37.50. If that was the price in 1985, the bag would cost $89.35 in today's dollars. 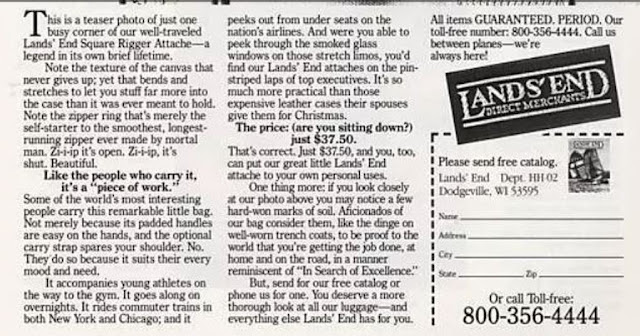 I have only used the bag once since I got it and it ended up in the stack of help center stuff recently but was saved at the last minute.
Why did I save it? I don't know. Maybe because it's sort of unique? It's also in pretty decent shape for a bag that is at least thirty-five years old. It's a bit faded, especially the strap (which was apparently optional!) and handles. It's the same color as my Buick so that instantly makes it cool. 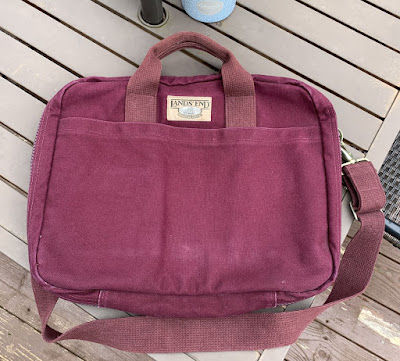 Most of these bags have initials on them since that was a standard feature for either free or really cheap. I have no idea who VNA was. 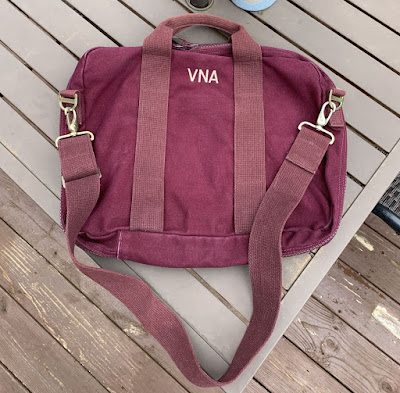 I love the Square Rigger patch. 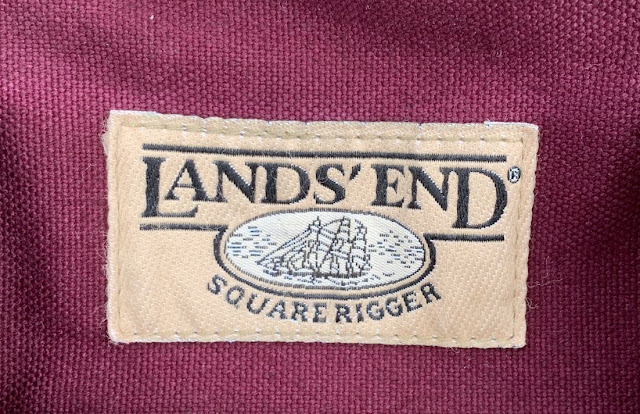 Look at those zipper pulls. The zipper goes all the way around the bag as is noted in the ad above: "the smoothest, longest-running zipper ever made by mortal man"! It does still work perfectly. 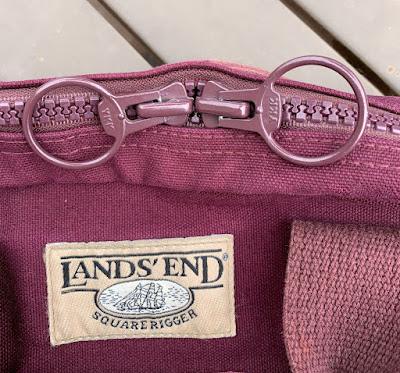 The handles are faded but show little wear. They are thick and sturdy. 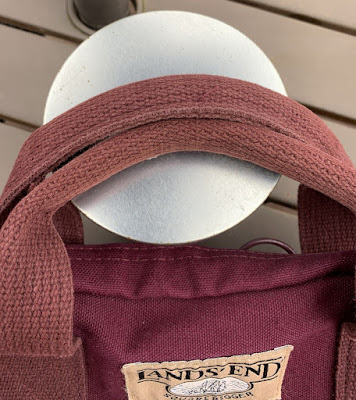 Here is the inside of the bag. It's a canvas briefcase. Another ad says, "It swallows overloads without complaint, has inside pockets for my calculator and appointment book, even a snap hook for keys." 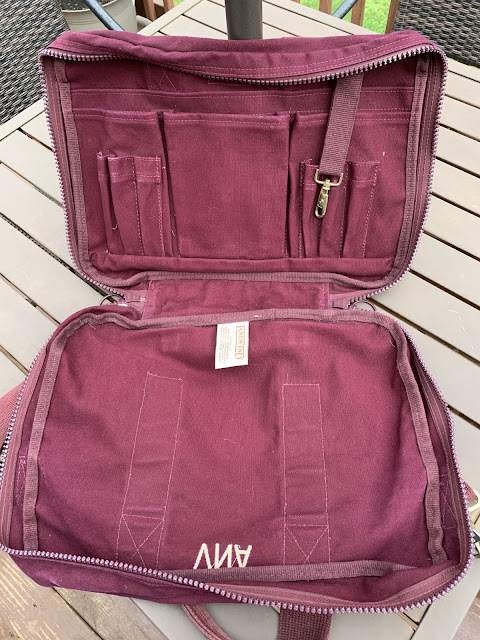 Here's a closer look at the pockets. Obviously, this bag pre-dates laptops although a laptop could fit in there. You would just need a good sleeve to add some protection. 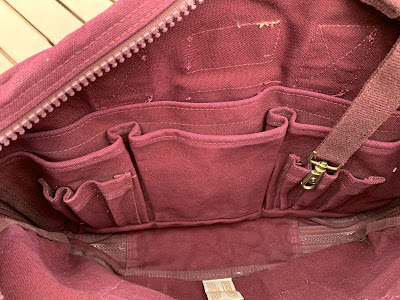 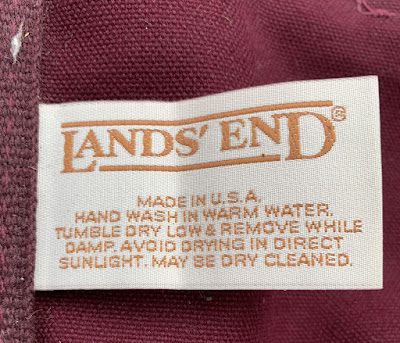 The owner tag was never filled out. There's a little lint back there I need to brush out. 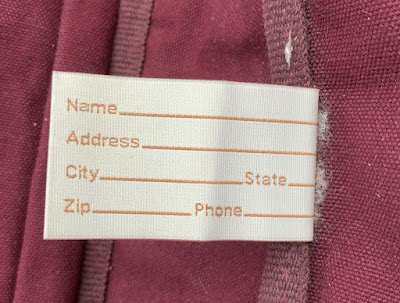 Based on the history of the bag alone, I'd say it's a keeper. It's the oldest bag I have and I plan to find some uses for it and not let it just hang idle on the hook behind my door.
bags