- Monday, May 18, 2020
I had a dream so odd with some parts of it still lingering vividly this morning so I thought I might as well come here and share it. Everyone thinks I'm nuts anyway and this seems particularly nuts.
Before you get your expectations too high, nothing really interesting happens. What stands out to me is the details that surround the location of the dream.
As the dream begins, I am arriving at an airport and I must make my way through the terminal to machines that allow us to scan a document we have (I assume this is a boarding pass) and another document prints along with instructions on where to go in the terminal to catch your next flight.
I don't recognize the name of the airline although I stare at it on the screen which seems to be an old CRT screen as this machine looks a bit like an arcade game aside from the touchscreen and lack of control panel. Obviously, we are in the future and for some reason, I have to make this next flight at 7pm or that is it - there are no more flights out until 5AM the next morning. "In dream me" seems to understand the reasoning behind this.
I miss this flight because the one I was just on was a little late arriving and the 7pm connector is already pulling away from the gate so I am stuck. Soon I learn that I am at the San Francisco airport which is on an island and after 7pm, the water covers over not only portions of the runways, making arrivals and departures impossible, but also the only road that takes people back to the mainland. Anyone in the airport beyond 7pm is stuck there until 5am the next day and the airport is full of people in the same situation and none seem frustrated or surprised by this turn of events. Everything stays open all night including restaurants. This seems to be a normal part of life.
I have to assume that this has something to do with global warming although it is never explained. I have also never been to the San Francisco airport and just now looked it up and see that it is right on the water, making such a scenario possible at some point in the future which is quite weird.
The vast part of my dream is just hanging out at the airport. I bump into people I know who have a car there so I cancel my ticket at the same arcade-like ticket machine and my plan is to ride out with these people at 5 the next morning. My destination is apparently just across the water.
That's how mundane my dreams are. I am stuck at an airport and it seems like I dreamed the whole thing in real time. The last thing I remember before waking up is heading out to the car and getting ready to head out of the airport at 5am since the roads are reopening and we are in a line of traffic as we leave. That's it.
Two more odd things I want to share about the dream as if you don't think I'm strange enough already.
First, at about 3:30am, we all head outside and sit on benches and it is suddenly sunny for about ten minutes before it instantly goes back to being dark. It is explained that these ten minutes of light are used by the airport to inspect runaways and other facilities as the water recedes to make sure that everything is ready for service to resume promptly at 5am. The sunlight comes from the east coast via a network of large mirrors.
Second, when all of this first happens at 7pm and I am forced to reschedule my flight for 5am before I find people I know who will drive me back to the mainland the next morning, 5am is referred to by multiple people as "the ascension of Jupiter" such as the announcement over the intercom that there will be no additional flights until the ascension of Jupiter and scrolling messages I see across screens in the airport noting that the ascension of Jupiter is at 5am which makes me think that this time sometimes varies.
I can only guess that what is happening is sort of a low tide, high tide deal and the distance of the moon is no longer the only element that impacts these tides. Somehow the location of Jupiter also must be taken into consideration. Is Jupiter closer to Earth in the future? Has it grown larger? I don't know. Maybe these answers will be revealed to me after I go to sleep tonight. 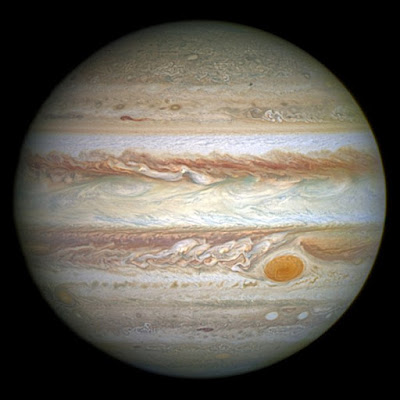 Disclaimer: I have not read science fiction in a while and I did not eat spicy food before bed. I also did not sniff any glue before going to bed.
weblog