- Tuesday, June 09, 2020
A bit of nasty weather came through here about an hour ago courtesy of the remnants of Tropical Storm Cristobal so we'll look at a weather radio today, uh, I mean weatheradio because that's what Radio Shack called them for many years.
This radio, the Radio Shack Weatheradio Alert 12-246, was manufactured in 1999. It's a nice dial controlled weather radio which picks up all seven weather radio channels available in the United States and Canada. It also features an alert option. However, it does not have S.A.M.E. functionality so any alert for any county will set off the alarm feature. Also, I'm not sure how long it will last in alert mode with it's three AA batteries. My guess is maybe a day or so.
I won't be trying that. This is the radio I toss in my bag when I am leaving the house on a day when severe weather is possible and I use it just to listen to the broadcasts to get an idea about what's heading this way.
It has very good reception. It picks up two stations at my location quite well and a third station is audible with a fourth station cutting in through static but barely audible. This is a nice contrast to the Sony Walkman SRF-M37W which picked up no stations at all!
Finally, it features the nice, vintage Radio Shack logo! 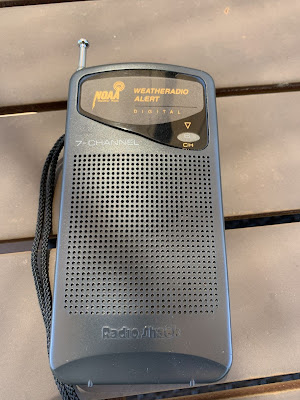 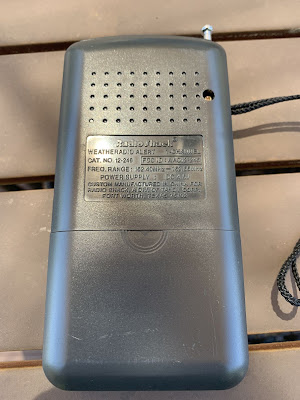 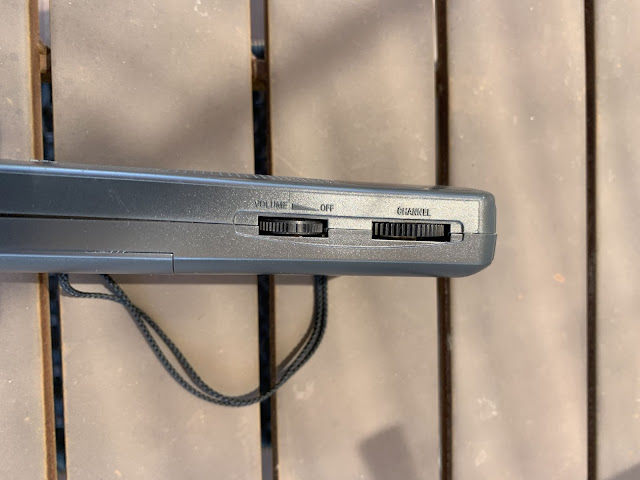 Hold down the TEST button and scare the crap out of any people or small animals within earshot! 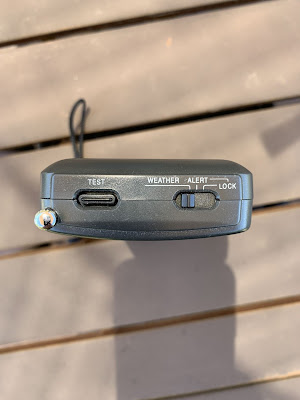 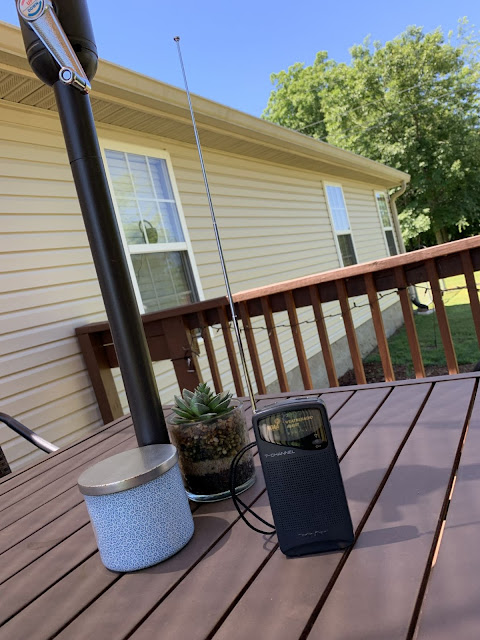