I forgot to add a title to this one!

What a week it has been!

Most of it was covered in the 505th episode of the podcast so I won't rehash all of that. My wife's ankle is steadily improving from her fall while putting out band flamingos in some stranger's yard. Yes, band flamingos are a thing, at least here. 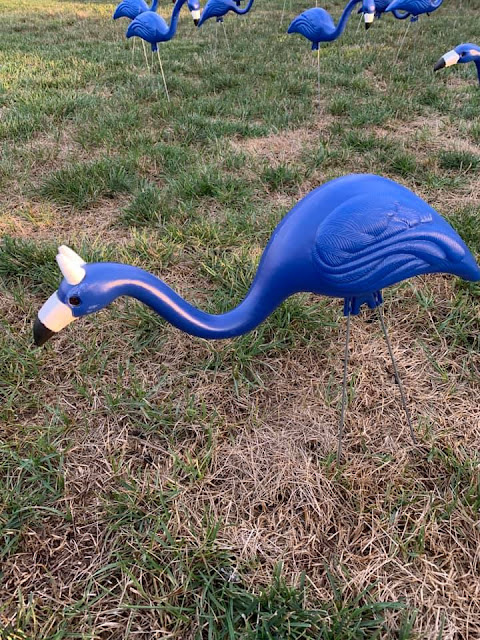 Last night was the first football game of the season, a season in which we will not be allowed to travel to away games. So, things are a bit different this year. But not different is the rain which seems to have been following us around like a curse for the last three years. Last night was a soggy mess and the rain let up just a bit after the game ended.

Considering how much rain we had and how many new rules are in place due to Coronavirus, I think it all went as well as it could. So many spectators took off their masks though. I was shocked by how many people were walking around with no mask on. I guess they paid for their ticket and got their temperature checks with the mask on and then pulled them off inside the gate. So, I expect the numbers to start rising again in about, oh, I don't know, two weeks.

I had my mask on all night but that only protects others and not me so I am going to be mega peeved if I get something. MEGA PEEVED.

Now I slowly decompress and go back to the regular routine for three weeks since next week's game is cancelled (the other team is not playing) and the week after that is an away game we were not allowed to travel to. That means plenty of time for reading and general chilling out around the house.

WOW! Stopping with the word house in the preceding sentence, I wrote exactly 1000 words today. So I am writing a few extra words so I don't log 1000 on NaNoWriMo and people go, uh huh, 1000 exactly, right.